Good old Halo: Combat Evolved. It’s like that one character archetype from American bro comedies, of the guy who’s sailing rapidly into his thirties, but can’t leave behind his jock glory days and keeps showing up at frat parties, whooping and getting messy-drunk despite not really knowing anyone there. Actually, that might not be an archetype at all – I think it’s just the plot of the 2003 movie Old School. Well, anyway. Halo is that guy. With the difference being that everyone still kinda loves Halo regardless, and indulgently pours beers through its motocross helmet whenever it shows up.

And guess what? He’s just showed up at the party again. Only he’s still insisting on people calling him “combat evolved”, which really gives away the fact he graduated in 2001. And he’s wearing the same shirt he was wearing in 2011, when Halo: Combat Evolved Anniversary showed up to get trashed on jaegerbombs on the Xbox 360. So, yeah, this 19 year old game is looking a bit dated, even with its remaster. But what’s really weird, is the fact that the NPCs in the game seem to be getting older too. And at an alarming rate.

Check out this young whippersnapper, hanging out on the UNSC Pillar of Autumn, back in 2001. 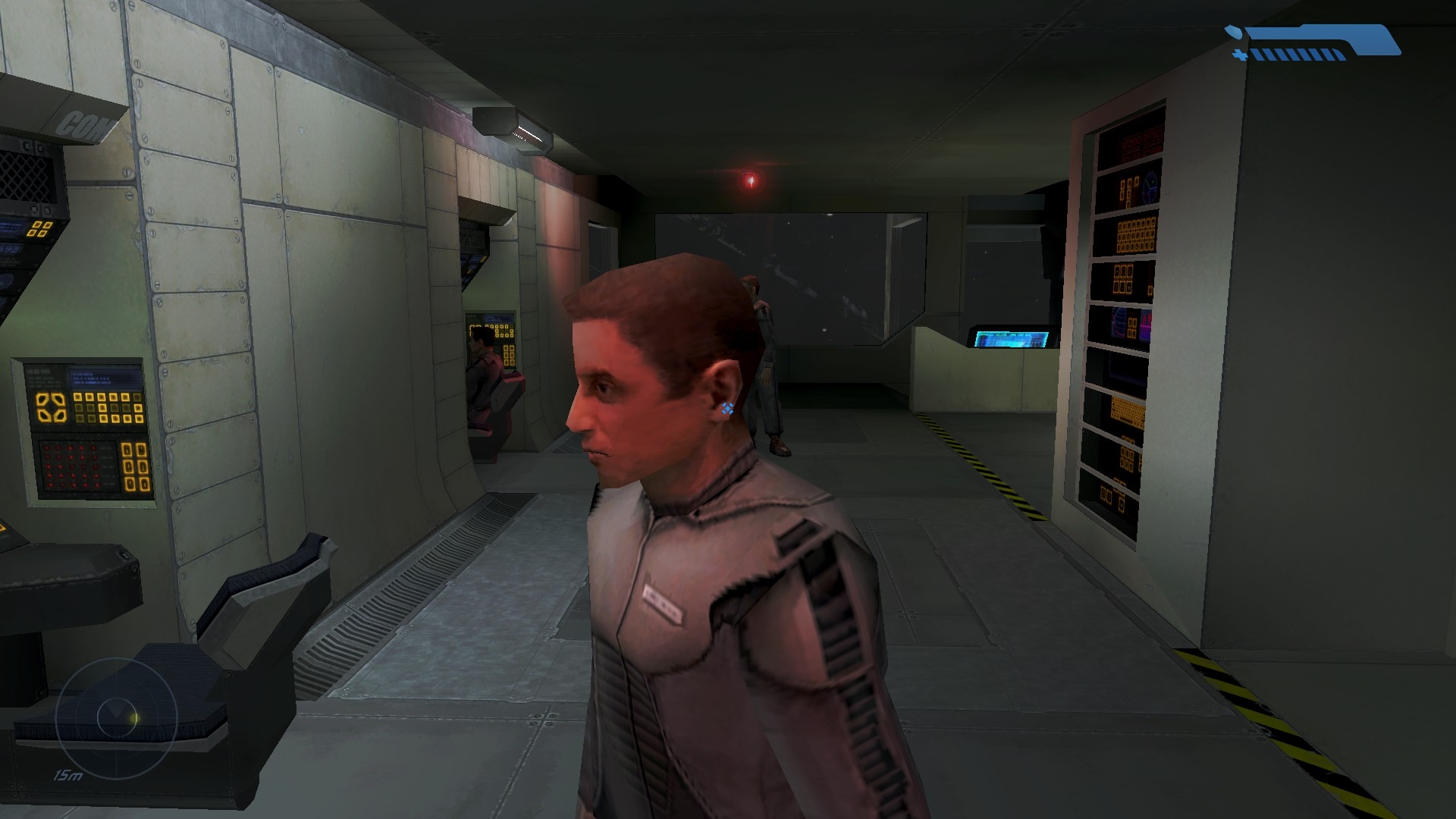 Sure, his nose might look a bit like he could chop wood by headbutting it thanks to polygon constraints, and his name badge proclaims him as Flight Sgt Unintelligible Blur. But he doesn’t care! He’s in the prime of his youth, with an expression that says he’s focused, serious, and ready to stand staring at a wall while Master Chief takes on the world.

However. Fast forward to 2011, when the visuals used in yesterday’s Halo release came into play, and look what’s happened to the poor bastard: 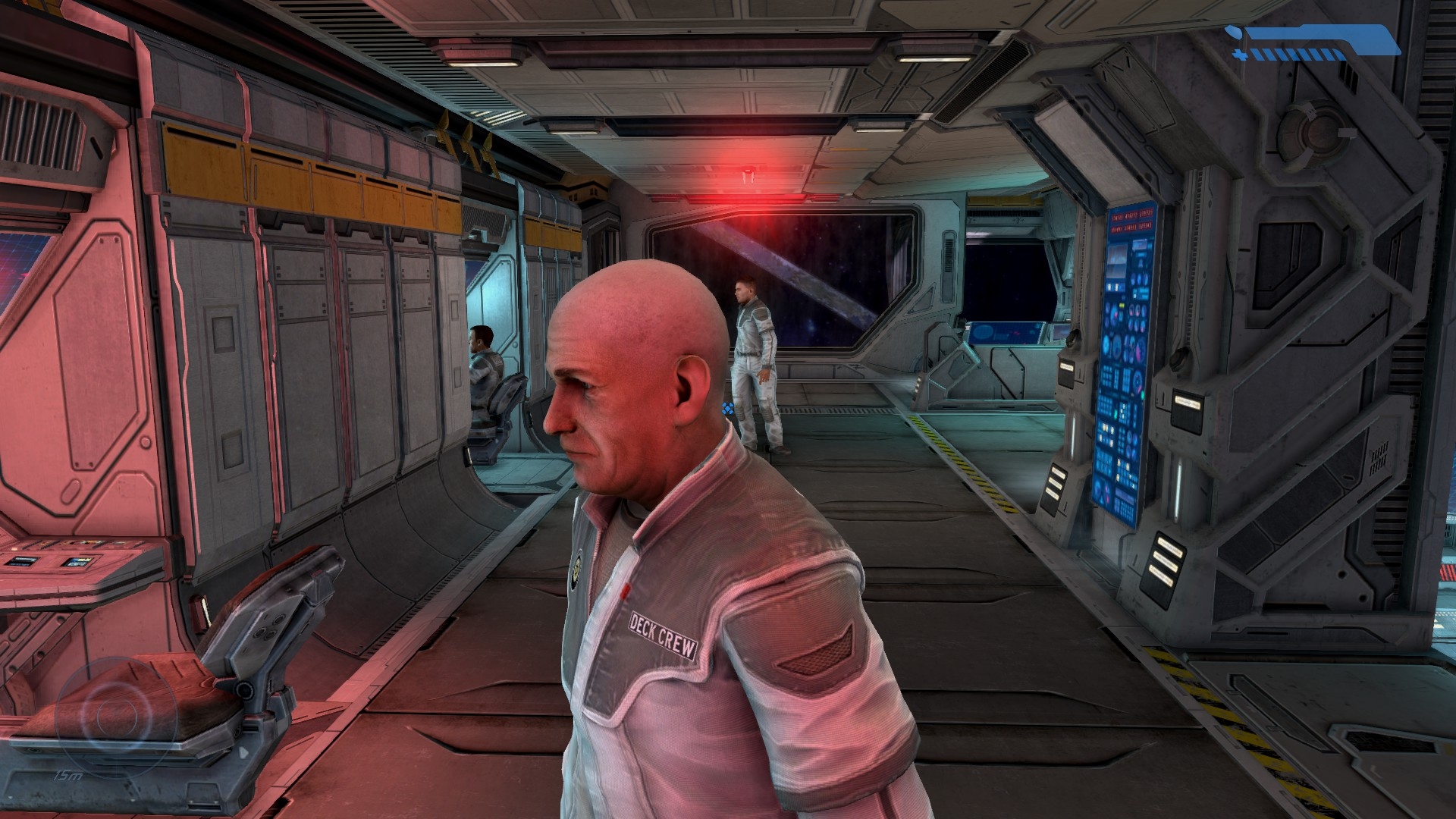 Now there is a man ruined by time. Look at him! You can tell it’s the same bloke, as the artist responsible has done an eerily good job of retaining facial features despite the jump up in resolution, but he’s knackered now. And most hauntingly of all, he seems to be ageing at twice the rate in the game as he would in real life. I put him at 25, tops, in the original screenshot, but you’re not telling me he’s any less than 50 in that second photo. Perhaps he’s been staring at that wall the entire time? It’s all I can think of as a reason for his out-of-control hurtle towards the embrace of the grave.

This space janitor Methuselah was brought to my attention by RPS contributor and good egg Natalie Clayton, by the way, and I’ve asked her to keep a look out for other increasingly decrepit Halo NPCs as she plays through.

Going by this theory, I’d love to see the consecutive releases in the Master Chief Collection continue to age everything in the games. And from this leaked screenshot of Tartarus the Brute from the upcoming remaster of Halo 2, it looks like I’ll be in luck: 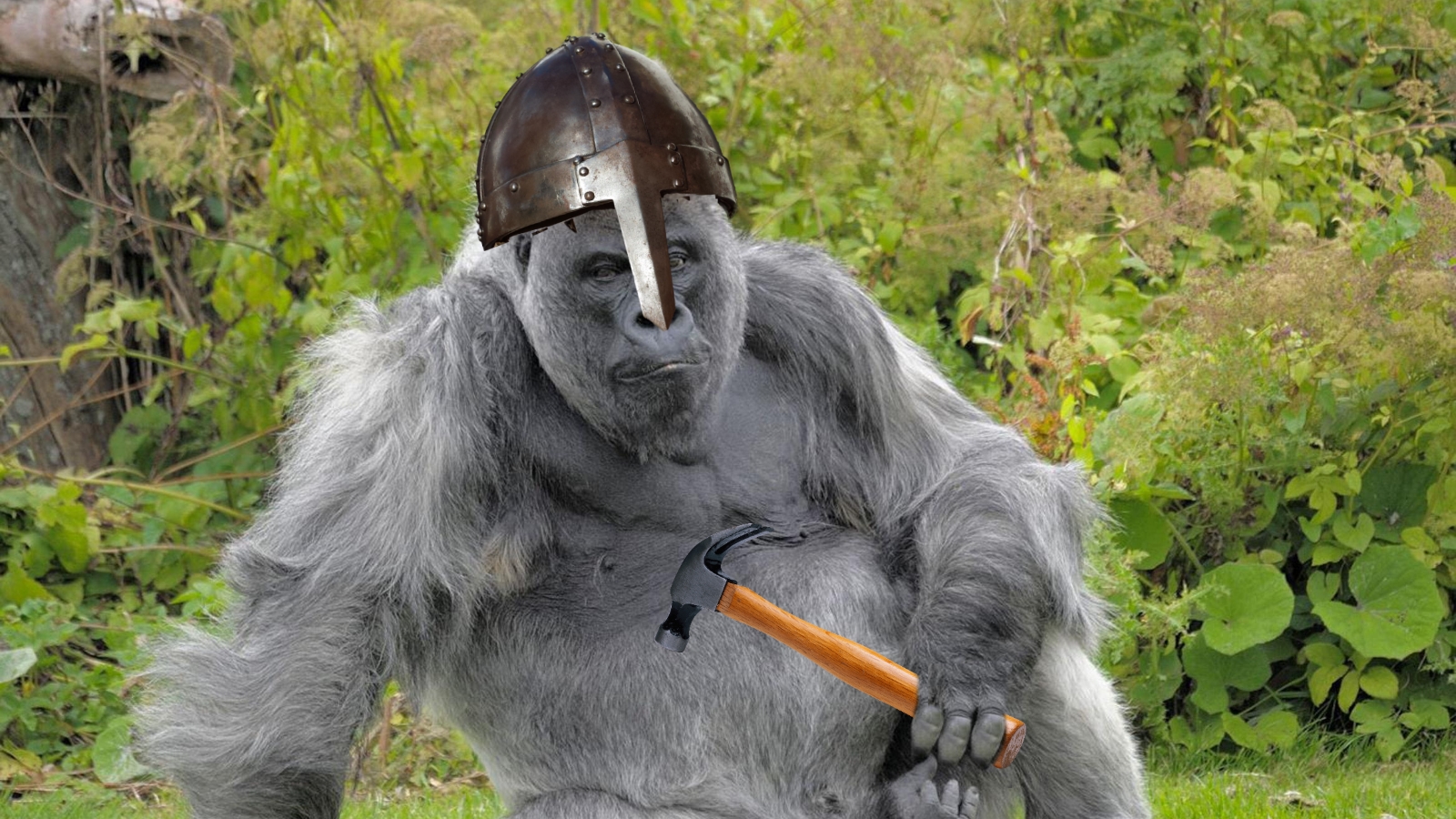 And here’s what the classic Warthog fight jeep will look like by the time Halo 3 comes around: 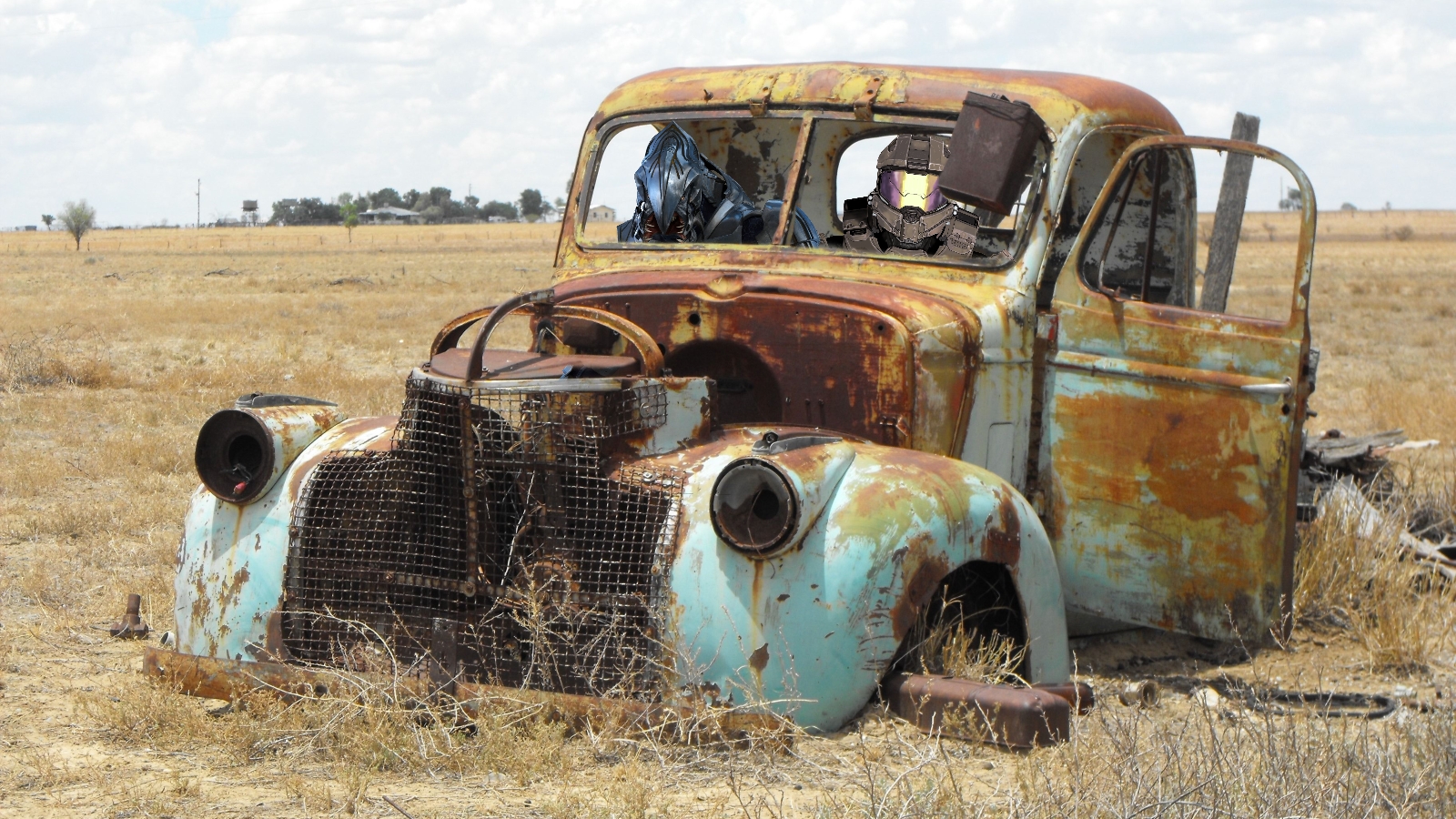 Of course, if you want to read some more completely true things about the Halo series, then please go ahead and read this ludicrously in depth fanfiction I wrote about the various characters from the games going to the supermarket.