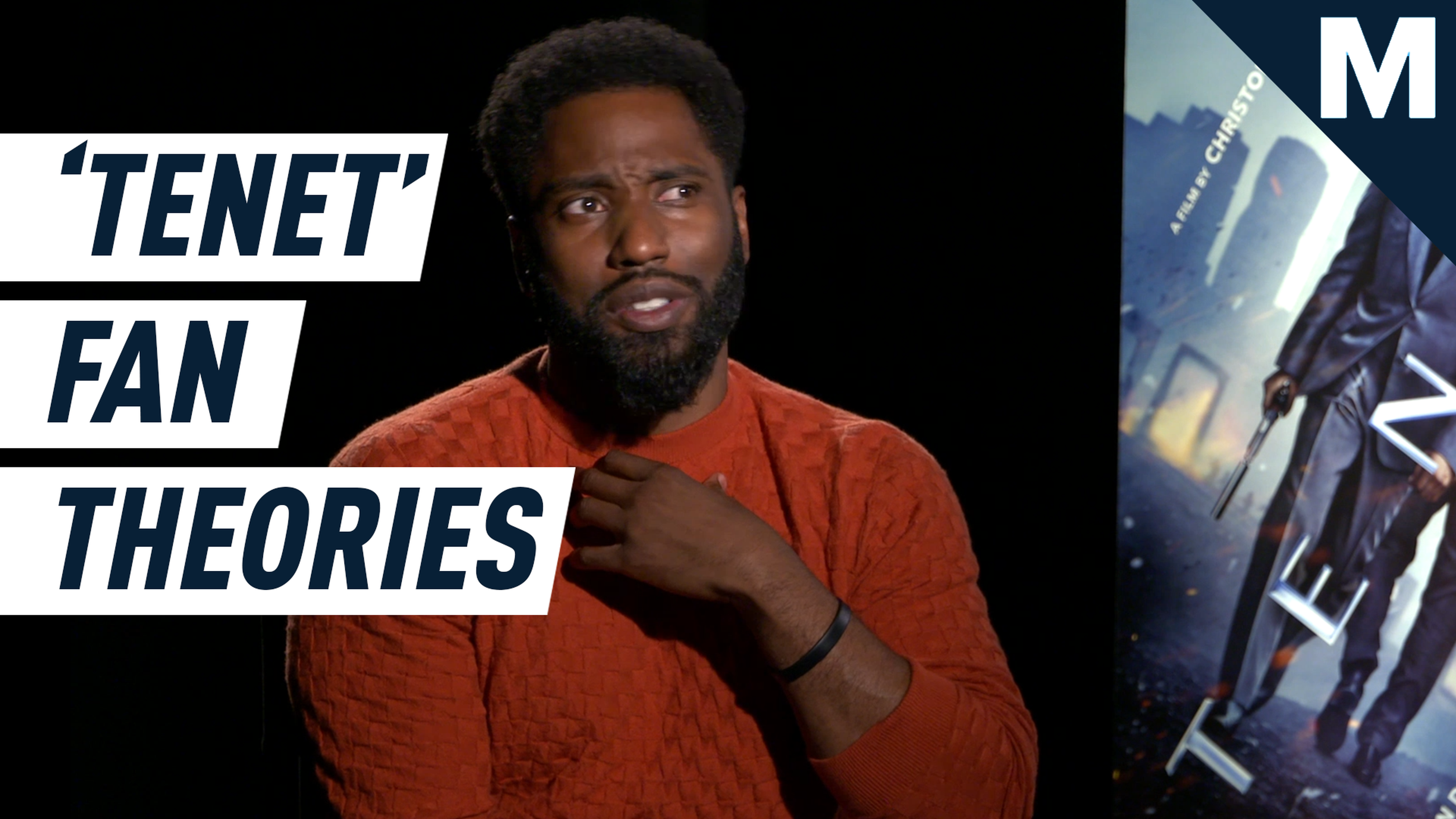 Reviews are out for Christopher Nolan’s latest movie Tenet, which is coming to select countries on Aug. 26 due to COVID-19 before its U.S. debut in some theaters on Sept. 3.

While the thrills and action that fill this mysterious film shine for many critics, many are also pointing to hefty helpings of confusion stemming from the movie’s use of time travel and red herrings in this John David Washington-led project.

It sounds like it’s pretty par for the course for a Nolan movie, mixing the themes of time and perception as he’s done in Memento, Inception, and Interstellar with espionage for a largely entertaining yet befuddling experience.

Here’s what the critics who’ve seen it are saying about the first big movie release to hit theaters in months.

Like its title, Tenet is a cinematic palindrome, moving backwards and forwards in a multitude of ways. As novel an idea as this is, the film essentially follows the conventions of a classic spy thriller. It doesn’t reinvent the wheel, but spices it up with time manipulation. You know the setup, if you’ve watched James Bond films: luxe location shoots, a highly-skilled, witty protagonist, a friendly sidekick, a crazed billionaire villain, extremely well-tailored suits.

From the outset, it’s important to point out that one must be especially careful regarding spoilers when discussing Tenet, for those who haven’t seen it yet. As with any Nolan narrative, a number of very intricate ideas are beautifully laid out here. Some of these ideas are undeniably smart, and even those aspects that border on the preposterous side of things cannot hinder our overall enjoyment of the film.

Revisiting ideas he had already broached in his brilliantly underrated space saga Interstellar, Nolan is back again to his favourite subject, Time. He presents us with various deeply philosophical questions about the passing of time and its effect on who we are and on our own actions. These themes help to make Tenet so much more than just another sci-fi spy thriller.

As the eagle-eyed have pointed out, Tenet is a palindrome, which means it’s possible you’ll see some of the same scenes twice. Yet, for all the nifty bits of reverse chronology, there’s little that lingers in the imagination in the same way as Inception or even Interstellar’s showcase bendy business.

From the very first (literal) bang, Tenet lets fly with a flurry of information without context, communicated in coded language. Keeping track of events proves as perplexing for the viewer as it does the characters. But if you’ve seen Nolan’s other films, especially Inception, you’re across this layering of riddles in breadcrumb form, and reach a point where you just let the words wash over you, expecting things will become clear eventually. This doesn’t exactly happen though. After the literal turning point of the film, some details are solved, but many others are left ambiguous. And if they are explained, they’re muffled by the mixing of Ludwig Göransson’s booming score, so ever-present it takes on a character of its own. It could be my own EDM-ruined eardrums, but this dull throb erased conversations between characters. And you cannot miss a detail in this film.

[John David Washington] stumbles into a great, yawning chasm of possibility and probability – namely, the discovery that objects can travel forwards and backwards through time, carving out wide channels in the fabric of reality. It’s a time travel film. But, also, as the director himself insists, not a time travel film. It’s the most complex of Nolan’s contraptions. It can be frightening. It can be claustrophobic. At times, it verges on the incomprehensible. We expect the complex and byzantine from Nolan’s work. But here, with an idea he’s wrestled with for over a decade, the director’s managed to reach new heights of obfuscation.

You exit the cinema a little less energised than you were going in. There’s something grating about a film which insists on detailing its pseudo-science while also conceding you probably won’t have followed a thing. We’re clobbered with plot then comforted with tea-towel homilies about how what’s happened has happened.

Plenty of thrilling action to entertain

Tenet is one of those slick wish-fulfillment fantasies in which someone will say that he needs four trucks, 10 men and a suitcase full of explosives to pull off a heist, and in the next scene, everything he has asked for will be ready and waiting. No equipment is unavailable; no henchmen are held up at customs. Dialogue is pared down to perfunctory exposition, and the characters hop from India to Italy to Norway to Ukraine so easily that they might as well have a teleporter stashed next to their inverted munitions.

In other words, “Tenet” is a glossy international espionage thriller, which, like “Inception,” pays elaborate homage to the James Bond series. Nolan delivers nearly everything you might expect from the genre, from gorgeously scenic locations to frantic car chases, from brutal restaurant-kitchen fights to — best of all — a bungee jump up instead of down a Mumbai skyscraper. It’s exhilarating, in a Fast & Furious sort of way, especially as so many of the stunts are done for real rather than with CGI.

A driving force for thrillers like this are the many exotic and photogenic locations, and the film doesn’t hesitate to put their characters in some heightened environments. From carbon fiber sailing yachts to Danish windfarms in the middle of the ocean, the scope is quite impressive. We see glimpses of India, Italy, Norway, the U.K., the U.S. and Estonia, the latter providing the setting for a massive sequence that takes place on a highway, with cars slamming from all directions of space and time. There are show-stopping spectacles at an airport using as much practical effect capacity as possible, another of Nolan’s common flourishes, making some of his earlier explosive events seem positively paltry.

It’s also not hard to see why Nolan was reportedly so adamant to get Washington, son of Denzel, to play the lead. Following his impressive performances in BlacKKKlansman and HBO’s Ballers, the actor powers through the flick with a calm and sturdy demeanour, exuding the efficient nature one would expect from a top spy. His performance makes it clear the Protagonist is led by a gritty determination to do what it takes to protect the nation, on a mission that is even greater than the fight for one country. Washington has great chemistry with Pattinson, who couldn’t look like he was having more fun if he tried.

If he doesn’t have the bulk to physically intimidate, Branagh shows a ferocity we’ve rarely, if ever, seen from him on screen; it’s an interesting piece of casting. Washington is a fine focus: committed, kick-ass and ever so slightly imperious, there’s no wise-cracking here. Debicki’s imperilled wife and mother does feel dated, but the actress plays her with total conviction, adding notes of humanity that we don’t get elsewhere, with so many necessary enigmas or fleeting appearances (from Michael Caine, Clémence Poésy, Martin Donovan and, with a little more screen-time, Aaron Taylor-Johnson as a gruff soldier).

WATCH: What to binge on the best 30-day free trials