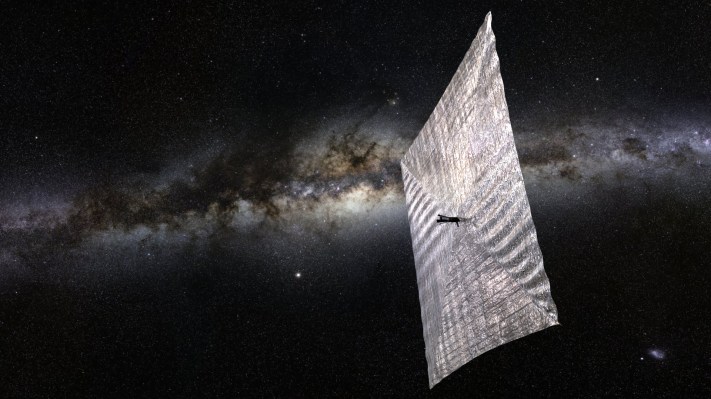 Crowdfunded spacecraft LightSail 2 is making good on its name, after successfully unfurling its solar sail in orbit so that it can begin propelling itself using the force of light alone. The sail’s Mylar surface reflects photons from the Sun, accumulating velocity gradually thanks to the additive effect of countless sub-atomic impacts. The team confirmed sail deployment initiated at 11:47 AM PT (2:47 PM ET), and full sail deployment completed at 11:50 AM PT (2:50 PM ET).

LightSail 2 got its ride to space with the Falcon Heavy launch on June 25, sharing a ride with a variety of payloads, including NASA and Air Force experiments. The spacecraft is the product of The Planetary Society, a nonprofit organization devoted to the advancement of space exploration that’s led by Bill Nye . Its goal is to study solar sailing in practice — a technology whose conception goes back centuries, but whose actual field use is extremely limited, with only a few examples existing previously, including JAXA’s IKAROS mission from 2010.

The sail’s total propulsion power is astonishingly small, despite its size (it’s about the size of a boxing ring) — it provides about as much power as a housefly landing on your hand. But it also will never theoretically run out of fuel, and can gradually increase its speed over time to very high velocities thanks to the friction-free environment of the vacuum of space.

“Things are great, things are nominal,” explained The Planetary Society’s chief scientist, Bruce Betts, on a live stream of the sail’s deployment, indicating that everything is to plan so far. The Planetary Society will attempt to get back images from the deployment the next time the craft is within range of a ground station, and we’ll update when those become available.