Cancer drug developer Oric Pharmaceuticals (NASDAQ:ORIC) successfully raised $120 million in its IPO on Friday, and the stock posted a splashy opening-day gain of 61%. Here are a few reasons why this company was so appealing to investors, even during this time of crisis. 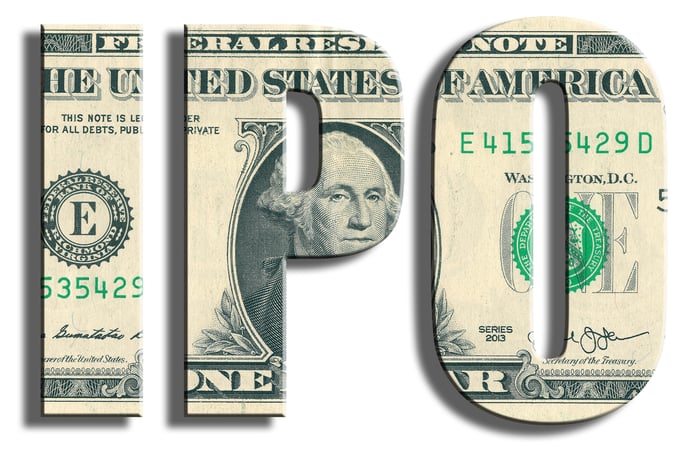 All too often, we hear stories of cancer patients responding to a therapy only to later learn that the drug stopped working and their cancer returned. Cancers have a track record of developing resistance to treatments using a variety of mechanisms. The name of this company is an acronym for its mission: Overcoming Resistance In Cancer.

Oric’s lead molecule, ORIC-101, potently and selectively inhibits the receptor for the hormone glucocorticoid, which is responsible for regulating cell functions like metabolism and growth. Research demonstrated that higher glucocorticoid receptor (GR) levels in cancer cells correlate with resistance to hormone therapy.

Following safety testing in 50 healthy volunteers, Oric began two combination trials with ORIC-101 in 2019. The first combines ORIC-101 with the approved prostate cancer drug Xtandi from Pfizer (NYSE:PFE) in patients with prostate cancer. The second adds Abraxane from Bristol Myers Squibb (NYSE:BMY) to ORIC-101 in advanced-stage cancer patients. Data from both trials should be available in 2021.

Oric’s second anti-cancer program — dubbed ORIC-533 — aims to inhibit the enzyme CD73, which regulates the expression of the chemical adenosine. Overexpression of adenosine has been linked to poor prognosis for patients with triple-negative breast cancer, non-small cell lung cancer, melanoma, and prostate cancer, among other types of cancer.

Competitive approaches primarily focus on therapeutic antibodies to block CD73. Oric developed an orally available small molecule that it claims inhibits the enzyme more potently than antibodies. However, those results came from tests performed in a laboratory setting, so it still needs to prove that ORIC-533 is effective in humans. Oric expects to start the first clinical trial with the candidate drug next year.

When evaluating biotech IPOs, I typically jump to the ownership table in the prospectus to see which investors have already purchased stakes. Having healthcare-dedicated investment funds involved, while no guarantee, gives me comfort. Their vetting processes generally include extensive due diligence.

Four well-known biotech investment firms, The Column Group, Topspin, Orbimed, and EcoR1 Capital, collectively owned 55.5% of Oric’s stock prior to the IPO. After the IPO, the group owned 41% of the outstanding shares.

The IPO will net Oric approximately $125.5 million, assuming the underwriters fully exercise their rights to buy additional shares. These funds will support the clinical development of ORIC-101 and ORIC-533, and are expected to be sufficient to carry the company into the second half of 2022.

Practically speaking, this means Oric has roughly a year and a half to achieve milestones and raise additional capital. Most biotechs do not want to fall below one year of cash on hand to fund operations. If that happens, financing terms can get ugly.

Oric expects clinical trial data from ORIC-101 in prostate cancer in the first half of 2021 and in late-stage solid tumors in the second half of that year. Investors should see data from one or both trials before the company needs to raise additional cash. Additionally, ORIC-544 could garner some additional attention for the company as it enters clinical testing in 2021.

Only a few biotechs have successfully IPO’d since the coronavirus crisis began, and we can add Oric to that short list. With plenty of cash on hand, the company should be able to achieve its next key milestone of reporting results from one or two clinical trials next year. In the meantime, the cadre of respected healthcare investors involved in the company and the successful track records of Oric’s scientific founders suggest to biotech investors that this could be a gem waiting for its day to shine.